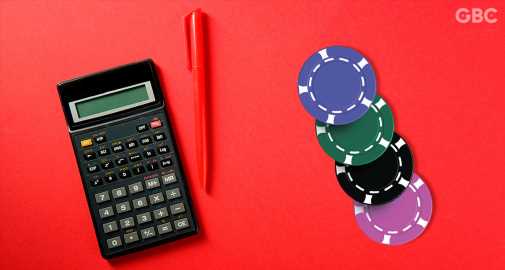 What is the perfect way to see the perspective of the industry? Finances, especially while we are talking about the gambling market. GBC Time has highlighted the latest financial reports provided by the gambling regulatory establishment worldwide. Below, you can find a short review of each of the officially published documents.

The UK gambling regulator has posted detailed research on the market by each quarter of the year. At the moment, the latest period that is available to analyze is September 2022. The first data provided by the UKGC is the number of active players per vertical, among which:

In September 2022, there were over 3 million customers interested and playing slot games on the market. In general, the Slot market demonstrates stability in the players’ interest level. During the Q2 of 2022, the number of active slot players was around 3.3 – 3.4 million. According to the UKGC report, the change from Q1 to Q2 2022-23 is around -4%.

Talking about the biggest change in the number of active players between the quarters, the real-event betting industry showed the biggest fall of 15%. In April 2022, there were 7.6 million active players. Eventually, only 4.9 million customers were left in September 2022.

The gambling regulator of Great Britain also reported the Gross Gambling Yield, in which the same verticals were discovered.

The second biggest change between the quarters (-26%) was demonstrated by the esports betting industry. In September 2022, the GGY of virtual betting was £476.617. Compared to the previous month, when the GGY was £897.628, it became obvious that this industry has been going through some difficulties. July 2022 also demonstrated a significant fall in the GGY with £2.968 as an outcome.

The UKGC has also reported the licensed betting operators’ data. There is information on “over the counter”, “Self-service betting terminals (SSBT)”, and “machines”. In September 2022, there were 43,9 million over-counter cases, 9.2 million SSBTs, and 966.7 million machines in the market. Talking about the change between the quarters, the biggest difference is for the “over the counter” sector (-9%). Betting machines also showed a -5% fall, while SSBTs fell by 4%.

Spillemyndigheden, the Danish gambling regulator, has officially published the monthly overview of the gambling market. The latest analyzed period included in the report is currently October 2022. Talking about reviewed sectors of the market included, there are:

In October 2022, the betting market’s GGR was calculated to be DKK213 million. Compared to the previous month, the difference is slightly noticeable. It was DKK214 million GGR in September. However, the change from the previous year shows some kind of fall (-1.7%). At the moment, the Danish market GGR is DKK1.921 million. During the same period of the previous year, the GGR was DKK1.954 million.

The online casino sector also shows stability during the year. In October 2022, the GGR was DKK247 million. Compared to the first month of the year, when the GGR was DKK261 million, the change is almost invisible. The GGR in the period is currently DKK2.378 million, however, in the same period of the previous year, the GGR was DKK2.333 million.

You can also find more data about other sectors of the market in the report at the link.

Pennsylvania is one of the most populous states in the US with over 13 million residents as of 2020. Gambling is also a common way to spend some time and to get entertained. The Pennsylvania Gaming Control Board, the main regulatory establishment of the gambling market, reported that gambling revenue increased by 4.6% year-on-year.

According to the report, the gambling income reached $452.3 million in November. And compared to the same month in the previous year, the growth is calculated to be 4.59%.

Talking about online gaming, financial growth is significant. The revenue reached $1286 million, which was 37% higher.

The sports betting market has also demonstrated rapid growth to $789.2 million which is 3.6% higher than in November 2021, while the revenue was $761.5 million.

It seems like the gambling industry has been successfully recovering from the COVID-19 hit, which affected the whole world. Various regulatory establishments support the markets to speed up growth and to provide constant stability.