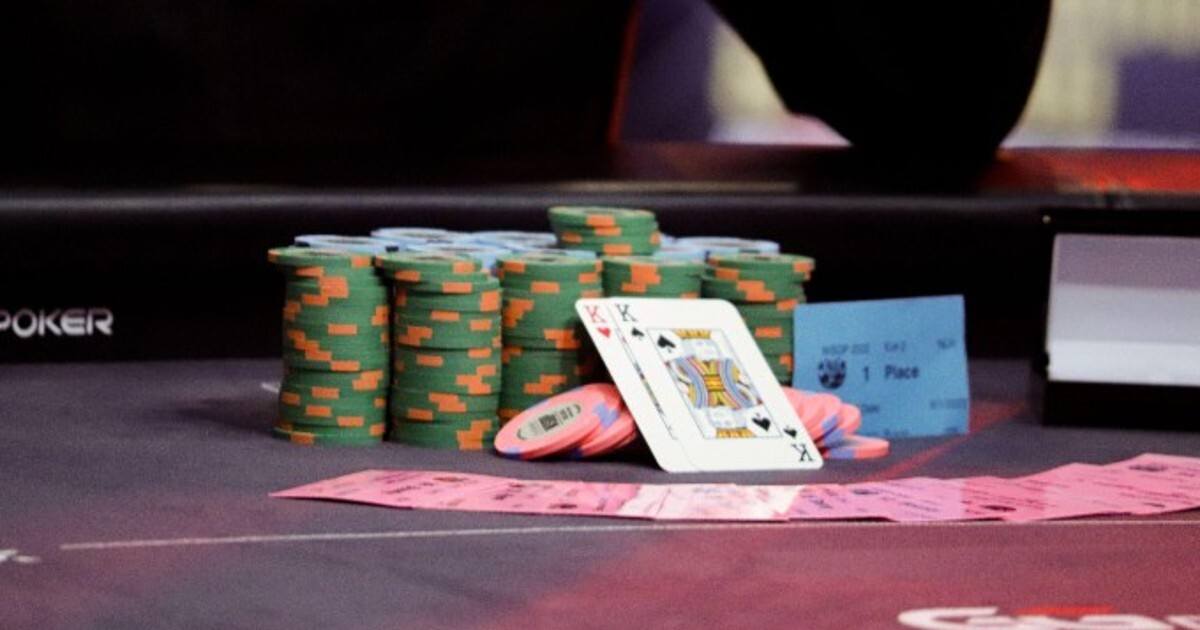 The PokerStars Players NL Hold’em Championship is fast approaching. However, before the Caribbean adventure gets underway, a final flurry of global qualifiers will take place. As well as satellites in Europe and South America, PokerStars USA has teamed up with Resorts World to give players in Las Vegas a chance to win a $30,000 prize package.

The build-up to next year’s PokerStars Players NL Hold’em Championship (PSPC) has seen the organizers create a variety of qualifiers. From standard online poker satellites to social media giveaways, there have been innovations aplenty. With the 2023 event just weeks away, PokerStars has set up another live qualifier.

Set to take place at Resorts World Las Vegas, the $100,000 guaranteed tournament will feature cash prizes and, of course, a PSPC Platinum Pass. The pass is worth $30,000 and includes a bundle of bonuses in addition to a seat in the PokerStars Players NL Hold’em Championship.

Just as impressive as the prize package itself is the fact it costs just $400 to enter the live qualifier. Three starting flights will run from Dec. 8 to 10 inside Resorts World Las Vegas. Those that make it through to the final session on Dec. 11 will play for a cash prize and the $30,000 Platinum Pass, which includes:

The PSPC forms part of the 2023 PokerStars Caribbean Adventure, a series of tournaments taking place in the Bahamian resort of Baha Mar. Therefore, anyone who wins a PokerStars Platinum Pass not only gets to play for a seven-figure tournament prize but also gets a free trip to the Bahamas.

The Road to PSPC-USA isn’t the only way players can win a trip to the Bahamas. PokerStars streamer Gotaga will be hosting a special online poker event on Dec. 2. The Frenchman will be joined by fellow streamers Domingo and Xari, rapper Rim’K, and YouTuber JOYCA.

The social media stars will do battle in a head-to-head poker tournament. Viewers in Europe will get an evening of entertainment and the chance to participate in a freeroll that will run parallel to the stream. The freeroll has a €20,000 guarantee ($20,600), and the winner gets a cash prize and a $30,000 PSPC prize package.

Finally, anyone attending the Brazilian Series of Poker (BSOP), which is currently taking place in São Paulo, has the chance to enter an online satellite. Tickets for the $1.10 MTT will be distributed during the series, with the action starting on Dec. 4 at 5 pm Brasilia Time (BRT). One player in the freeroll will win a PSPC prize package.

PokerStars Caribbean Adventure to Kick Off 2023 in Style

The 2023 PokerStars Caribbean Adventure is shaping up to be the biggest in recent memory. After a prolonged hiatus due to COVID-19 restrictions, the organizers have pulled out all the stops. As well as the $25,000 PokerStars Players NL Hold’em Championship, the series, which runs from Jan. 22 to Feb. 3, features tournaments for all budgets.

At the lower end of the spectrum, there are side events costing $550. At the top end, poker’s highest rollers can enter tournaments costing up to $100,000. With pros and qualifiers flying in, PokerStars Caribbean Adventure will be the perfect start to the first full year of events without COVID restrictions since 2019.