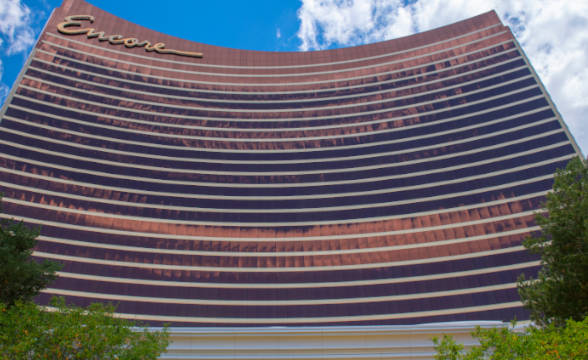 Wynn Resorts, one of the biggest gambling operators in the United States, is seeking to expand its Encore Boston Harbor casino in Everett. If everything goes according to plan, the expanded venue may include new poker and sports betting facilities. These plans are still subject to regulatory approval, though.

Wynn Resorts plans to use its land across Broadway from its Encore Boston Harbor casino to erect two hotels with ballrooms, three parking garages for cars, dining and entertainment facilities, as well as a poker room and a sportsbook.

Currently, the area in question is used for parking cars. However, Wynn may soon shake things up, if its plans are approved by the Massachusetts Gaming Commission. Right now, the gambling operator has secured approval from Everett’s planning board for the first phase of the project. Today, the city council is expected to also vote on the zoning change and whether to allow the construction of new gambling facilities.

The first phase of Wynn’s expansion project would see it construct a venue with a poker room, a sports bar, a nightclub and a day club, a big theater and a comedy club. The venue would also have a parking garage that can accommodate 2,100 cars. Wynn plans to connect the new facilities with its main casino through a pedestrian bridge over Broadway.

If everything is according to plan, Wynn’s expansion would create around 800 new jobs.

The Operator Wants to Capitalize on Its Sports Betting License

The news comes a few months after Massachusetts decided to legalize sports betting and online sports betting in the state. Wynn, in fact, was the first operator to be officially rewarded a license to take sports wagers in the Bay State. The new venue would be the company’s way of capitalizing on its new license.

The non-gambling facilities in the new building would be run by Big Night Entertainment Group. The company may actually relocate the Memoire nightclub into the new building and use it to provide visitors with superior experiences. In an interview, Ed Kane, a Big Night partner, admitted that the design of the new building impressed him. He believes that the new venue is going to be a spectacular place.

The second phase of the project would see Wynn erect two hotels. One would have around 500 rooms and the other around 300. As mentioned, each of the two hotels will have its own ballrooms, dining areas and parking spaces. In addition, Wynn plans to construct a two-story building shopping center.

When the entire project is complete, Wynn expects to generate millions of dollars a year. In addition, the new facilities would contribute millions in local taxes, supporting the local economy.

However, some people have concerns about the new venue. Some are suspicious of Wynn’s decision to construct gambling facilities, despite its initial promise not to. Others believe that the shopping center and the theater might hurt the business of Wynn’s local competitors.

It remains to be seen whether Wynn would be allowed to proceed with its plans in their current form.